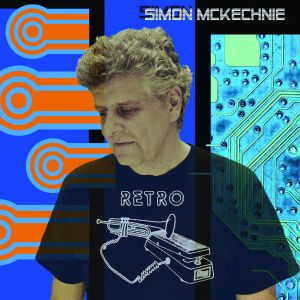 This is the fifth album from Simon McKechnie, but the first I have personally come across. He is a multi-instrumentalist, and apart from guitar solos from Mike Flynn on the opening epic “The Origin Of Species” and drums by Adam Riley on both that and the title track, he sings and performs everything himself. This is his first album from BEM, and I am somewhat surprised to discover no reviews for this on ProgArchives as the album has been out since March of last year (I am still playing catch up, badly). Musically this is crossover prog, but with plenty of looks back to the Seventies, while also bringing in jazz, classical and other forms. Anyone who is prepared to start an album with a track which is more than 20 minutes in length is obviously someone who stands by their own convictions, although in fairness this is heavily sectioned so in some ways it does feel more like a collection of connected songs as opposed to just one song with repeated motifs and themes.

There are times during this when it sounds like Simon is using auto tune, which is somewhat unusual in prog, but although I noticed it, I did not find it distracting. What I really liked is the mix of old and new sounds, moving at times in an incredibly languid style and at others quite staccato and abrupt. There are also far more vocals than one normally expects from a multi-instrumentalist, and these are well thought out songs as opposed to exercises in self-indulgence. Simon obviously has a real interest in history, as he commences with a song that actually uses some of Darwin’s text, has another where we can hear the sound of Babbage’s Difference Engine Number Two, and the last number is about the Beagle (Darwin’s ship, not the dog). What makes this album fascinating is that while it is interesting to the proghead, it somehow manages to stay in the mainstream while not really sounding like anyone else around. Possibly there is some Alan Parsons there, and it did make me think at times of Gandalf’s Fist, but mostly this is Simon McKechnie, and it is a fresh and interesting trip into the genre. There is a freshness here which is often sadly lacking in others.