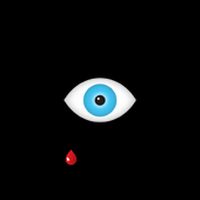 A couple of years ago Airbag uploaded a lot of files of their songs to their website. These songs formed collections “Come On In”, “Sound That I Hear” and “Safetree” and there were also some separate compositions, including a cover of Pink Floyd’s “Arnold Layne”. All these recordings had never been released on CD and were accessible only on the band’s website as (free) downloads. It was an unimaginable success: during the first two months EP “Safetree” was listened to by more than four thousand people. The next few months, this number was growing rapidly, which enabled Airbag to reach the worldwide audience. On band’s MySpace profile alone, over 35 thousand people listened to Airbag’s recordings and on their website overall download number of the songs in 2006-2008 reached 110 thousand. Now, Airbag released album entitled “Identity” on this skillfully prepared market. It comprises 8 recordings from the Internet EPs that I mentioned: „Safetree” and „Sound That I Hear”. Naturally, all songs had undergone new mastering and their new versions were put on the debut album. Altogether they are a very concise and stylistically unified whole, which draws the attention of the listener form the first to the very last minute. Airbag’s music is something between the sound of Coldplay, Blackfield, Radiohead, A-Ha, Talk Talk, ballad-playing Floyds and Porcupine Tree. As they have been working together in the same, unchanged line-up since 1999, the band have polished their own style, whose most important features are atmospheric soundscapes, refined guitar playing, inspiring vocals and wonderful melodies. In Airbag’s music there are echoes of the classic and contemporary progressive rock as well as gentle jazz and mature pop. The band have managed to create a fascinating and intriguing original mix by taking inspiration from so diverse, seemingly faraway music genres. “Identity” is full of extraordinary music and this less than an hour of its playing time is a true feast with magical atmosphere for the fans of good music. For me, this album is a sure candidate for the title of the best debut of 2009. What’s more, I can feel that no matter how strong the competition is, “Identity” will surely be among my favourite albums of this year.