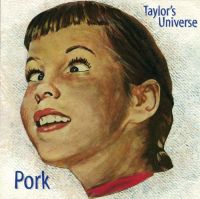 Robin’s fourth album again appeared under the Taylor’s Universe banner, although it was now down to a duo of Robin and Jan. Mads and Hugh were there as guests, along with Jytte Lindberg (voice). Yet again Robin takes the music wherever he wishes – feeling no need to conform to anyone’s idea of what boundaries he should stay within. While maintaining the use of space and even silence that one expects from him, there is even more experimentation and use of dischord. But it always gives way to melody and there is always the feeling of direction and purpose that can be missing from some forms of jazz. This is rarely music that will be appreciated by those who follow the herd, but if you wish to listen to music of substance and depth that requires some effort on the part of the listener then of his early works it is this album that I feel needs to be discovered first.

Just because Robin has been releasing a lot of material it is never down to poor quality control, rather that he has many musical ideas inside him that luckily for us he wishes to share. Again this is more of a buffet served on a long table with many dishes for the listener to delight in as opposed to the snacks often served up as ‘popular music’.