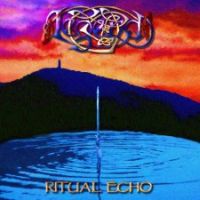 One of the best pieces of musical news that I heard last night was that Legend were coming back to life. They were a band way ahead of their times in many ways, and while bands such as Nightwish are now held in high regard there has been scant recognition for a group that was pursuing symphonic prog with delicate female vocals all those years ago. This compilation has been released to celebrate 21 years since the band first began – next year will be 20 years since their debut album! It is hard to think that the last of their three albums was released as long ago as 1996: I was lucky enough to catch the band live a few times, and rate them as some of the musical highlights of my concert going career.

Paul Thomson revelled in his role of guitar god, crunching out riffs, while Steve Paine provided loads of melodic runs – really taking the music to new heights while Debbie Chapman provided the vocals – haunting and melodic, delicate yet powerful. This compilation features songs from all three numbers but the three songs that represent the debut are here live versions previously unavailable on CD. John Macklin provides drums throughout with Martyn Rouski providing bass on some and Paul adding this on others.

Playing songs such as “Windsong” I am struck again at how relevant this music is in the current scene. This doesn’t sound as if it is now nearly twenty years old but rather that this is a new band that are seeking to stamp their own take onto symphonic prog. From a fan’s viewpoint I will always moan that a compilation doesn’t feature this song or that, but here I think Steve has done a great job in pulling together something that is fully reflective of the band as a whole, with “The Wild Hunt” always a given with me for inclusion.

If this wasn’t enough, the long unavailable video ‘ ‘ will soon be available on CD (and hopefully DVD) while the band are also working on new material with Dave Foster of Mr So & So providing assistance on guitar and they are planning for a new album by the end of 2010. Now could not be a better time for finding out about one of the UK prog scene’s best bands – visit www.stevepaine.org for music, downloads and lots of information.