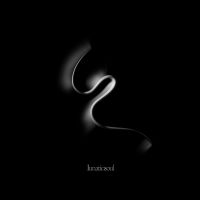 Lunatic Soul are a studio project that has been put together by Riverside frontman Mariusz Duda, and they released their debut album at the end of 2008. This is the first part of a diptych with two albums looking the same with just a logo and band name, no album title, just with the debut with e black cover and the second with white. The black album is a passage to the side of death, and the white one is a passage to the side of life. This is an album that is full of layers – one that is both immediate yet full of depth and passion. Strangely it is an album that doesn’t have an electric guitar on it anywhere, yet doesn’t sound as if it is smothered in keyboards. It is melodic and thoughtful, bringing together many different styles in a way that the listener feels transported into another realm.

This isn’t music that can just be left and played as background, it is far deeper and way more fulfilling that that. At times it is symphonic and orchestral while at others it is delicate and one dares not even breathe in case the spell is broken. The use of guest musicians works really well with additional instruments being brought into the mix just for a few bars here and there where there impact is required. Just play “Near Life Experience” and you will understand exactly what I mean.

Thankfully the Lunatic Soul website is in English as well as Polish and the second album should be out before the end of the year so now is the time to investigate the debut and marvel at it’s progtastic beauty.