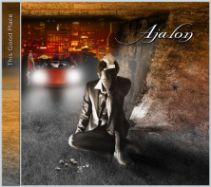 It took four years for Ajalon to follow up their highly acclaimed ‘On The Threshold Of Eternity’, of course Randy George has been working quite a lot with Neal Morse during that time so perhaps they can be forgiven. As before the band are a trio (multi-instrumentalist Randy George, vocalist Wil Henderson and drummer Dan Lile) but they also use guest musicians which gives the sound a far more layered and complex flavour that it would otherwise. The artwork on the CD and booklet are wonderful, the playing is superb and the production really polished, so why is it that I can’t bring myself to fall in love with it? I think the reason is that to my ears it sounds too much like prog by numbers – let’s put together all of the elements of American prog that everyone enjoys so much and release it as an album.

The first time I played the CD was on headphones and I found myself drifting away and that shouldn’t be the case when the attention should be centred just on the music. There is one joyous beacon of light on the album, with “Lullaby of Bedlam” standing head and shoulders above the rest where everything comes together in a slighter harder and boisterous fashion, and with the bass and keyboard combining with the keyboards and drums to show that the band can be a force. This isn’t  a bad CD, far from it, and there will be many who will enjoy it, but for the most part this is just too cloying and suffocating for my own personal tastes.