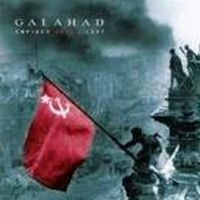 Those who have been (un)lucky enough to have followed by reviews over the last 20 years will know that I have long enjoyed the music from this Dorset-based band. ‘Empires Never Last’ is the most recent studio album which came out in 2007 but for reasons that I can’t explain I haven’t written about until now. For those who previously haven’t seen my ravings about this group I do have to confess to some links: Stu has stayed at my house when I lived in the UK, my wife and I were at his wedding and I wrote the introduction to one of their rarities compilations. Now I’ve got that out of the way I would like to just say that this is the best thing they have ever done – and given my penchant for many of their other albums I still can’t believe that I am saying that.

This band has changed so much from the one that won the Radio 1 Rock Show Rock Wars all those years ago, who first came to the notice of many progheads at the same time with their debut CD ‘Nothing is Written’. True, in Stu, Roy and Spencer they have the same singer, guitarist and drummer and keyboard player Dean Baker has been there for a while now (line-up completed by bassist Lee Abraham) but it is the maturity and depth of the band that is such a surprise. Okay, they have been building to this for a long time with each release showing another side of the band, but here it all comes together in a major tour de force. It may open gently enough with “De-Fi-Ance”, but this really is just an introduction for the band to kick off blazing into “Termination”. Second song in and already Galahad have the listener by the ears and the balls. From here it is a rollercoaster ride of power and emotion, the band kicking together and showing that prog can be a really strong and dynamic force in the hands of guys who really know what they are doing and what they want to achieve.\If the last thing you heard by the band was their wonderful ‘Sleepers’ then you need to do yourself a favour and see what this band have grown into since then. The fact that Dean and Roy have been asked to join Twelfth Night in this year’s reunion gigs show just what others in scene think of them. You owe it to yourself to get this album!!