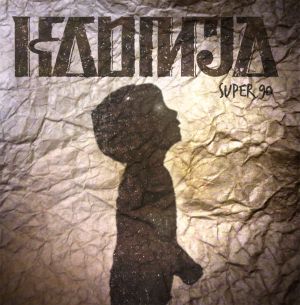 The second album from French quintet Kadinja sees them move from Seasons of Mist to Arising Empire, which should see them gain far more publicity now they are on a Nuclear Blast label. They are stated by many to be a technical or extreme progressive metal band, but although I can hear those influences these guys are most firmly rooted in djent and the album comes across very much in that style. Complex, with multiple polyrhythms and intricately woven musical strands, what makes this album stand out is the way they switch between different vocal approaches and styles. Somehow, they manage to make songs which feel cutting edge and incredibly abrasive, but also provide twists which turn them into something far more commercial and attractive.

Philippe Charny is able to provide lush vocals, or move into far darker and harsher areas, with the music also moving with him so at some point they sound as if they could be on commercial radio and then turn it into something far more twisted and much heavier. As for the album title, “it’s called Super 90’ and for us it’s our way to celebrate an era we miss a lot – the 90’s. We miss the way how songs were done back then, we miss the sound and basically all the things we had when we were younger - especially music, movies and video games.” – the band explains. Highly polished, with extremely strong production (care of Chris Edrich (Leprous, The Ocean, Myrath) and guitarist Pierre Danel), it doesn’t quite have the edge to take it to the next level but is a fine listen all the same.