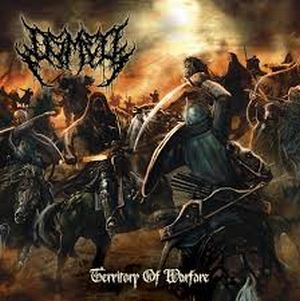 This is the debut album from Indonesian death meta act Osmed, released at the end of last year. Musically they are interesting in that although they have the de rigeur death growls care of Rio Pambudi, they actually don’t play that fast, and there are times when they come across more as a power metal band than a straight ahead death act. There are a few flaws here though, the first of which is the production which has brought the drums way too high in the mi, and then the drums themselves. Nippo Prasetiyo needs to understand that repeatedly playing the same pattern on the snare drum isn’t interesting, and soon it becomes like a dentist drill in that all one wants to do is to get it turned off, and permanently disabled. The frustrating thing is he does know his way around the kit, and understands to use double bass drums sparingly and can do so to great effect, but that wretched snare…

The drums were recorded in a separate studio to the rest of the instruments, which is nothing unusual, especially with small studios which may not actually have a live room, but when it has all been brought back together it just hasn’t worked. If they were further behind in the mix then I could possibly be raving over an album which has a lot going for it for fans of the likes of Ingested, Disentomb or Cannibal Corpse, but as it is…. Next!